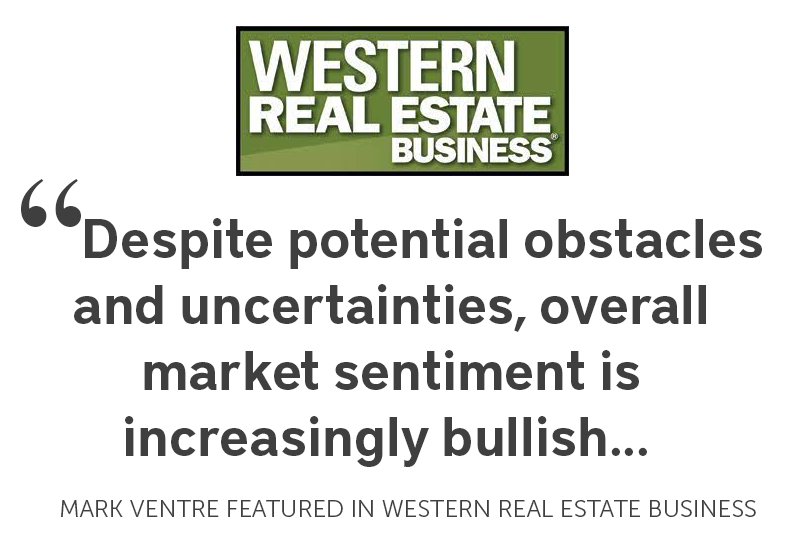 Despite the potential obstacles and uncertainties, overall market sentiment is increasingly bullish, resulting in healthy activity that started in the fourth quarter of last year and has continued to gain steam.

As it turns out, COVID with its pesky variants has once again delayed hopes of a return to normalized operations for apartment owners.  Just when it seemed like the shackles that have hindered the ability to raise rents and recoup lost income would be removed, it now appears the light at the end of the pandemic tunnel has become more distant.

How is this going to impact apartment values and investor appetite moving forward in Los Angeles, a city with some of the strictest rent control and COVID restrictions in the nation?

Fortunately, there have been positive indicators that the economic environment in Los Angeles for the first half of 2021 has improved considerably from the second half of 2020, despite the threat of a COVID resurgence.

According to the California Labor Market, the unemployment rate lowered from 17.9 percent a year ago to 10.6 percent as of July.  Apart from the third quarter of 2020, which experienced an enormous economic bounce back of 33.4 percent, the second quarter of this year saw a GDP increase of 6.5 percent, one of the strongest since 2003.

While this is great news for a city particularly hard hit due to the significant amount of hospitality and leisure jobs, Los Angeles has lagged the nation with respect to rent growth in 2021.  According to CoStar, average asking rents have improved since the beginning of the year at a pace of 3.9 percent, far below the national average of 9 percent.

The slower rental rate increase is partly due to the 11,000 new apartment deliveries over the past 12 months in the greater Los Angeles region. Nearly all of these were Class A product, which has experienced the most challenging rental environment out of any asset class. Vacancy rates in these buildings are at an elevated 9.8 percent, dragging down the rest of the market, for an overall blended rate of 4.8 percent. At least this is below the third quarter 2020 peak of 6.1 percent, but still higher than the 20-year average of 4.4 percent.

Both positive and negative economic indicators along with speculation of potential legislative changes have created mixed sentiments on the trajectory of the Los Angeles apartment market.

On one hand, rents and occupancy levels are improving, debt remains at all-time lows and the job market is rebounding quickly. Largely fueled by the emergence of tech, entertainment and venture capital, Los Angeles is still considered by many to be the premier gateway city in the country for overall investment.

The potential for upcoming policy changes on a federal level is driving investors into apartment buildings before any implementation of these new laws occur. These include an increase in capital gains taxes, changes to the 1031 tax-deferred exchange, the removal of the step-up in basis and carried interest provisions, and adjustments to estate and inheritance taxes.

Then there is inflation, which is already being felt in Los Angeles as well as across the nation.  With the $1.5 trillion infrastructure bill recently passed in the Senate, and a $3.5 trillion budget reconciliation bill that could follow, inflation is looking less ‘transitory’ and more like a thorn in the nation’s side that is here to stay for the foreseeable future.  In anticipation of a weakening dollar, investors would rather have their money parked in apartment buildings than lose value sitting in the bank.

On the other hand, despite the job market improving, delinquencies are still a major issue in many buildings.  During the pandemic and through the first quarter this year, seven percent of renters in Los Angeles did not make a single payment, and approximately 31 percent have at one point made or continue to make partial payments.

The much-anticipated Rent Relief Program that was created to rescue landlords from the mounting collections incurred over the past 18 months, has turned out to be a slow grind.  While many thousands of tenants have been approved for the program, as of now the funds have largely failed to trickle into the hands of landlords.

California has extended the eviction moratorium through September 30, and many believe it will be further extended through the end of the year or longer.  Even when evictions are once again allowed, owners will likely experience major court delays and unsympathetic judges.  In addition to the eviction moratorium, a rent increase moratorium will remain in effect for 12 months following the end of the local emergency period, which is also set to expire on September 30.

Despite the potential obstacles and uncertainties, overall market sentiment is increasingly bullish, resulting in healthy activity that started in the fourth quarter of last year and has continued to gain steam.  The Los Angeles transaction volume in 2021 is expected to dwarf that of 2020, with a year-to-date volume of $5.5 billion compared to just $6.9 billion for the entire year last year.

This activity has created downward pressure on Los Angeles cap rates and upward pressure on prices per unit.  According to CoStar, the average cap rate decreased to 4.12 percent from 4.18 percent year over year, while the average marketing price per unit increased to $367,000 through the first half of the year, up from $350,000.

While it is too early to suggest current market conditions have eclipsed pre-COVID levels, it is certainly headed in that direction.  However, with a looming vaccine mandate and an alarming increase in the number of infected, one cannot get ahead of oneself.

If this past year has taught us anything, it is to remain on high alert, because anything could happen at a moment’s notice.