The Future of the Urban Core 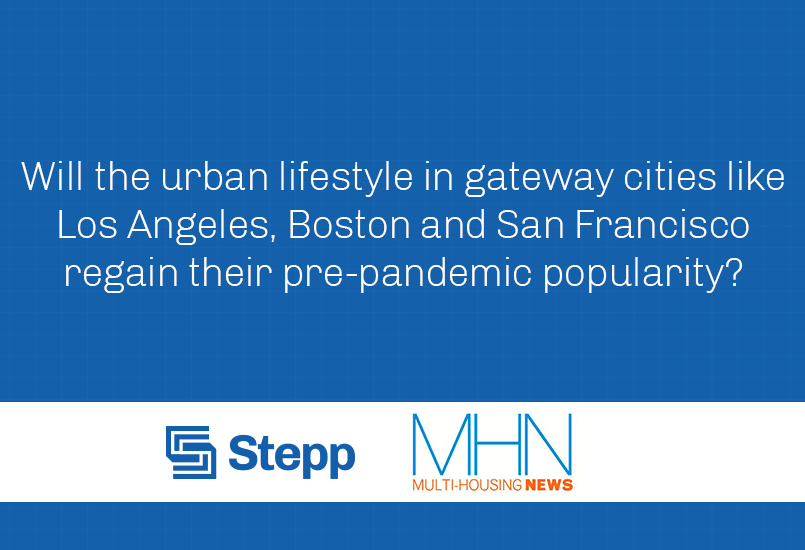 Mark Ventre of Stepp Commercial on what 2021 will mean for major downtown submarkets.

Throughout the last cycle, the buzz phrase surrounding the development of urban core housing and the revitalization of downtown submarkets was “live, work, play.”

For a premium, you could wake up in your cozy apartment, have a stretch at the yoga studio, relax in the spa, then walk the dog on the rooftop dog run—all without leaving the building. Once outside, a short walk or scooter ride would get you to your job, along with chic cafes, restaurants, nightlife, theaters and sporting venues. The new urban lifestyle had arrived.

Then the pandemic hit. Suddenly, the notion of working at the office, living close to other residents and sharing communal spaces in neighborhoods that are largely shut down became undesirable.

Instead, many renters now work from home and have chosen to relocate to lower-cost communities, consolidate households, or search for more space in the suburbs, where demand has increased by more than 50 percent nationally from a year ago.

So, what does the future look like for downtown core submarkets? Will the urban lifestyle in gateway cities like Los Angeles, Boston and San Francisco, where year-over-year rents have decreased anywhere from about 8 percent to 30 percent, regain their pre-pandemic popularity?

The answer is undoubtedly, yes.

Most cities are slowly reopening, and the reason that attracted tenants previously will be the same reason they eventually return. While the reemergence of the downtown office market will take time to reach last cycle’s peak occupancy levels, the excitement of living in these submarkets will nonetheless appeal to those loyal to the urban atmosphere.

Despite the diaspora of tenants that have fled the inner cities and a significant stock of new product deliveries over the past 12 months, signs are starting to point toward a stabilization of the rental market in metropolitan areas that were hit especially hard. According to our firm’s research, January asking rents were only down 0.4 percent in San Francisco compared to the prior month, while those in Los Angeles and Boston ticked up slightly by 0.3 percent and 0.4 percent, respectively.

Bargain rents and great concessions are luring tenants back to city centers, especially those less risk averse and who eagerly anticipate the resurgence of amenities and entertainment unique to urban cores. Vacancy rates are projected to gradually start declining in the fourth quarter as cities become increasingly lively and units are steadily absorbed.

While it is unlikely the live-work-play lifestyle will return to its heyday by the end of this year, hopefully, we will look back and realize the significance of 2021 as the first inning of a new ballgame.