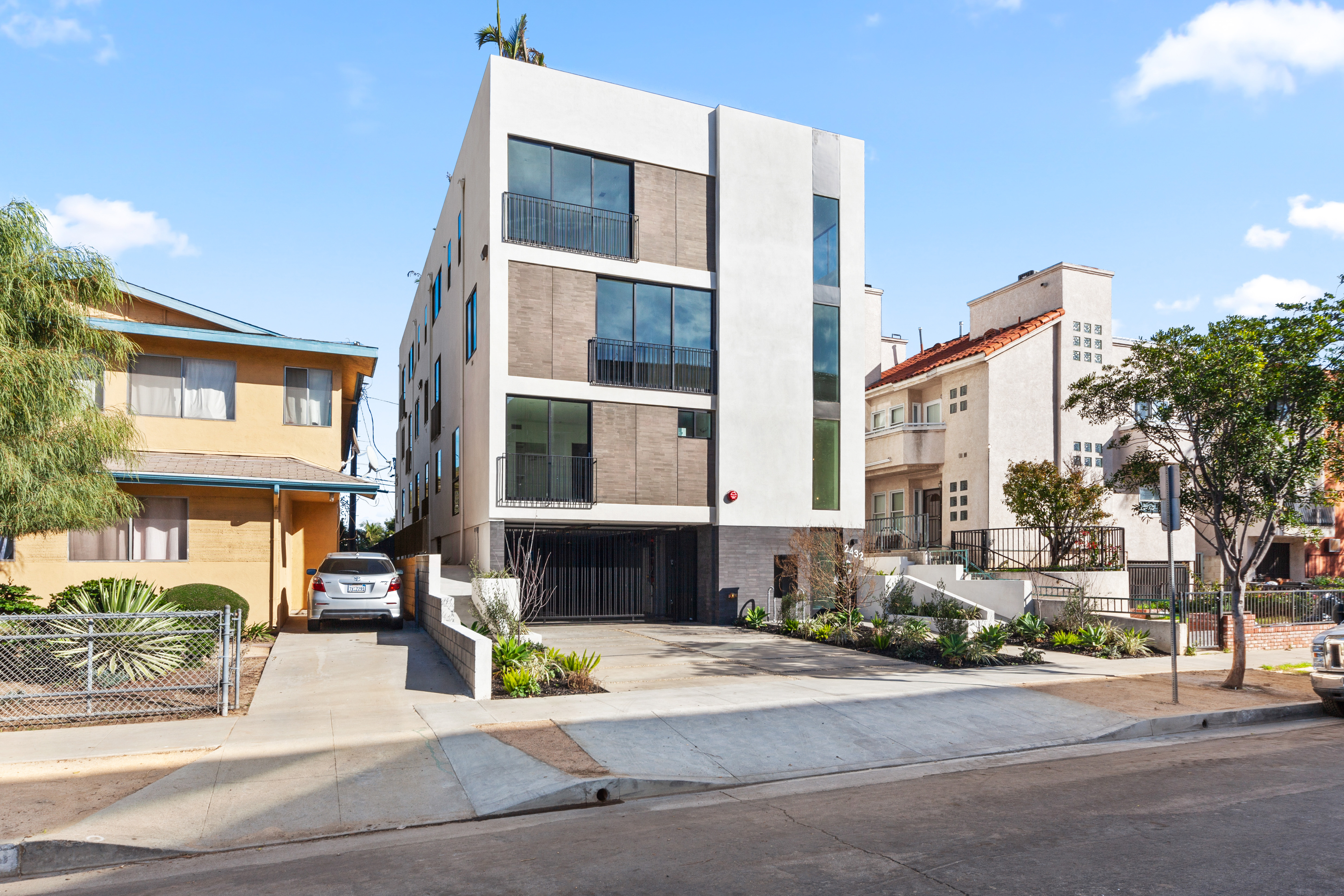 Stepp Commercial, a leading multifamily brokerage firm in the Los Angeles market, has completed the $5.4 million sale of a luxury rental property consisting of four tri-level townhouse units located at 2432 Penmar Avenue in Venice, CA. The newly constructed four-story property is walking distance to the famous Abbot Kinney Boulevard and was delivered vacant. The asset sold for a record-breaking $1.35 million per unit – one of the highest per-unit price ever for a fourplex in Venice.

The property features four modern townhomes each totaling approximately 2,300 square feet with three-bedrooms and 3.5 bathrooms; rooftop deck with a large grill and open space for entertaining and panoramic city views; and eight parking spaces. The units feature an office; kitchens with stainless steel appliances, a large island with seating and tile backsplash; and a master bath with custom mosaic tile, oversized shower and dual vanities.

“The Venice submarket commands some of the highest rents in all of Los Angeles and we expect this upward pressure on rents to continue as more tech and entertainment professionals seek residence here. We garnered multiple offers on this desirable property. Venice has high barriers to entry for new construction assets like this one,” said Stepp.

“Coliving is a growing trend where tenants rent rooms and share space with housemates in a building that is usually fully furnished and often programmed towards a specific niche such as high tech, entertainment, healthcare and even heathy living,” noted Ventre. “In an effort to mitigate the cost of living in the most highly desirable neighborhoods of the city, we are seeing more co-living communities arise in L.A., and it is a movement that has been increasingly popular in other gateway cities such as San Francisco and New York City, especially among Generation Z and younger Millennials. The buyer plans to increase density to Penmar by adding bedrooms, will offer the rental units fully furnished and is proposing a series of networking events on the large rooftop decks.”

Known for its trend-setting restaurants, coffee shops, wine bars, juiceries, and boutique shops, all within walking or biking distance, Venice offers a combination of easy-going surfer culture, artistic/bohemian roots, Venice beach and Boardwalk culture, and sophisticated urban amenities along Abbot Kinney Boulevard and Rose Avenue. Venice is also at the epicenter of Silicon Beach, where many of the world’s most well-known companies such as Google, Snap, Inc., Buzzfeed and YouTube, as well as hundreds of entertainment, media and technology startups reside within a four-mile distance.