Raiders of the Lost Rate Hike 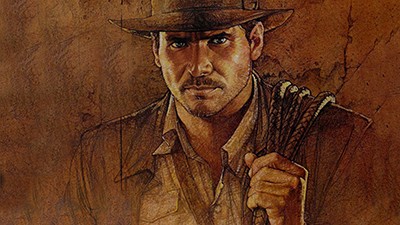 In 1981, one of the best films of all time, Raiders of the Lost Ark, debuted at the box office. In May of that year, while Harrison Ford was cementing his place in movie history, interest rates topped out at 20.0 percent. This unseemly percentage was the unfortunate result of bad fiscal policy that had led to double-digit inflation by the late 1970s.

Unlike the early ’80s, the Fed’s recent decision to raise its benchmark rate in June for the third time in seven months reflects a positive outlook on the U.S. economy and its confidence in continued GDP growth. The rate was increased by another 25 basis points to a new target range of 1.0 percent to 1.25 percent. While this paltry increase would have seemed like a walk in the park to Indiana Jones, it will undoubtedly have an impact on the multifamily industry. Or will it?

Despite a year-over-year decrease in multifamily sales volume in Southern California, prices remain at all-time highs. While we may no longer enjoy steady cap rate compression, neither are we seeing any significant cap rate increases. The vast amount of capital looking to invest, coupled with a tight supply market and high barriers to entry, have tempered any decrease in values.

The shifting capital markets landscape is also contributing to steady apartment values. The lending environment is becoming increasingly competitive, as a tremendous amount of capital is pouring into apartments from a wide variety of sources including the agencies, life companies, conduits, banks, and a growing number of debt funds.

The delta between fixed and floating rates is tightening as the LIBOR continues its steady increase. The smart play may be to go long on debt, with as much ‘interest only’ as possible. When it is time to sell, the new buyer can assume the debt, and still take advantage of the lower rate and extra cash flow from the remaining interest-only period.

Earlier this year, Fed Chair Janet Yellen suggested that the central bank will raise interest rates several more times through 2018. However, that may not be the case since inflation has been surprisingly low so far this year; a possible indication that consumer spending is down, the job market is operating below its potential and wage growth remains stagnant.

Furthermore, now that the low interest rate environment has successfully propped up the housing market, the Fed will soon begin to dump the nearly $4.5 trillion in mortgage backed securities and Treasuries it has accumulated on its balance sheets since the beginning of the Great Recession. Since they will no longer be the principal purchaser of these bonds, demand will decrease and force yields—ergo interest rates—to rise, likely causing undue pressure on housing. With all these factors in the balance, one would hope Yellen’s ambitious plan isn’t implemented too hastily.

Indiana Jones may have saved the world by rescuing the Ark from chaos and destruction. But let’s not forget where his ambition drove him just three years later.  The Temple of Doom.

How Multifamily Investment Will Eventually Migrate to the Blockchain   Up until recently, I only had a vague concept of… Read more »