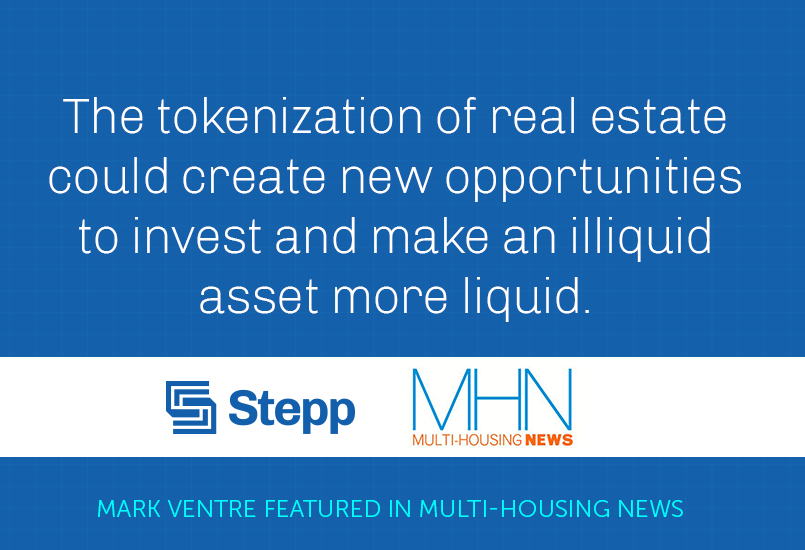 Up until recently, I only had a vague concept of what blockchain technology was, and admittedly conflated it with Bitcoin and other cryptocurrencies. Now that I’ve spent some time digging into this nascent technology, however, I’ve become increasingly convinced it is not only here to stay but that blockchain—along with the assets that transact on it—will transform nearly every aspect of commerce as we know it today.

For newbies like me, blockchain is a digital log on which transactions are made, particularly in cryptocurrencies like Bitcoin. These transactions are recorded on “blocks” of data that are validated and added onto the previous block, hence the name.

Due to its decentralized record-keeping technology known as a distributed ledger, transactions made on the blockchain are secure, encrypted, and very difficult to manipulate or hack into.

Commercial real estate has been slow to adopt disrupting technologies and new methods of transacting. This leads to the question: Will migrating to the blockchain ever become a reality for an industry averse to change?

The answer is yes … eventually.

The blockchain platform will not only be used to transact multifamily and other types of real estate but also to house many other aspects of real estate. Some of the utilities the blockchain will encompass will include, “smart” contracts, due diligence, transaction history, title documents, permits, property management, leasing and more. It will serve as an immutable digital paper trail.

This will inevitably improve transparency, make transaction processes more efficient, and limit the use of intermediaries, thereby saving time and resources.  Sorry, everyone, you’ll still need brokers, but even we will have to adapt.

This platform will also allow for the tokenization of real estate so that an asset, or a fraction thereof, is converted to a digital token that exists on the blockchain.  This could create new opportunities to invest and make an illiquid asset more liquid and reduce the cost of entry.

While this emerging technology may be exciting, it has thus far been largely theoretical for the real estate industry, as there have been very few real-world applications to date. Trusting an unproven system with assets worth millions of dollars is a tough pill to swallow—at least for now.

The Federal Reserve and about 80 percent of the world’s central banks are contemplating their own versions of digital currencies. After all, it’s not like banks are just going to admit defeat and fade into obscurity. On the contrary, once the industry is regulated, the digital dollar will become a reality, and it will also transact on the blockchain along with Bitcoin and other cryptos.

The commercial real estate industry is years away from any pragmatic usage of blockchain technology. Rest assured, though, it will be coming to a town near you.