GlobeSt.com: Why Multifamily Owners are Selling in Santa Monica 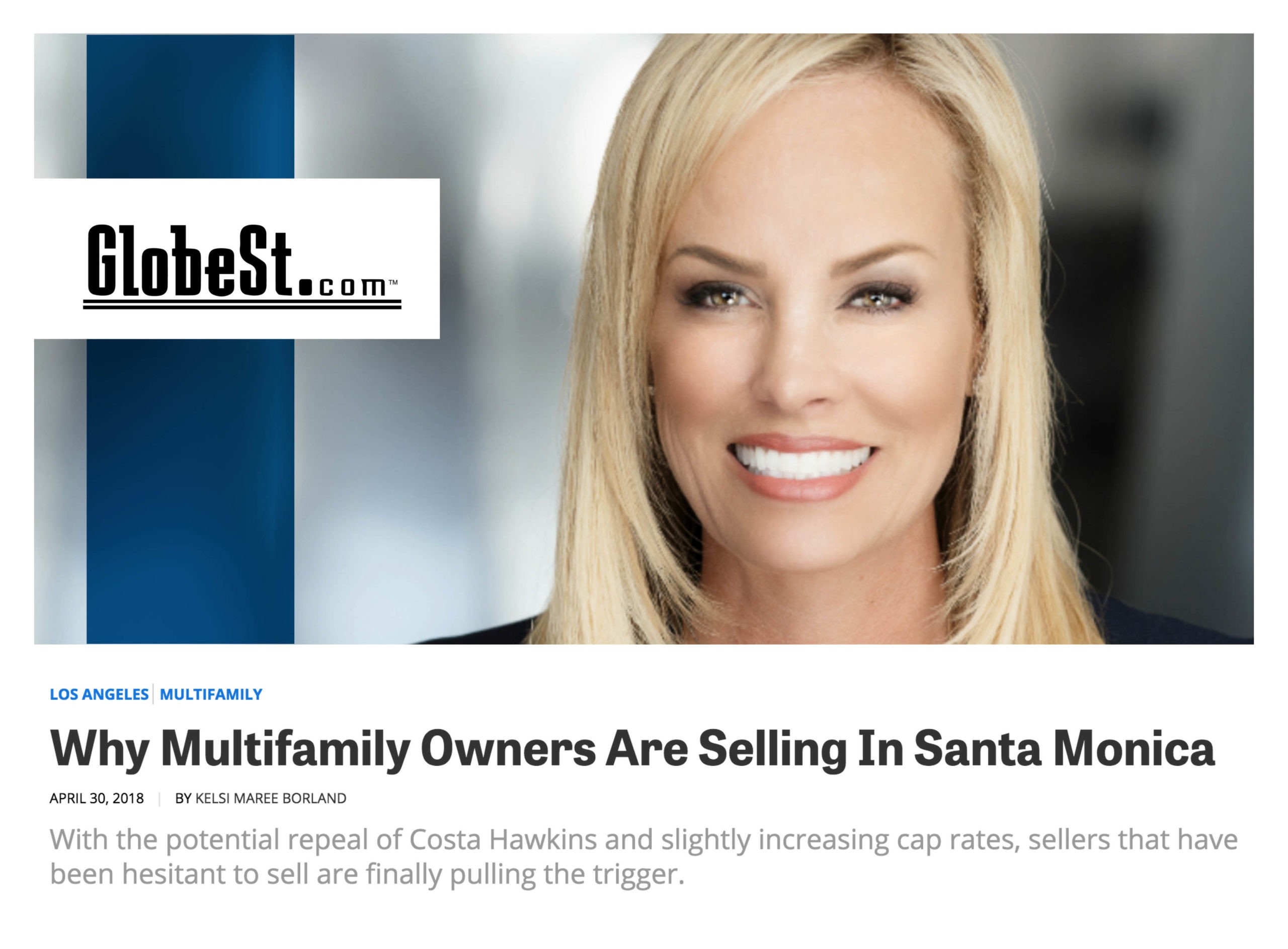 With the potential repeal of Costa Hawkins and slightly increasing cap rates, sellers that have been hesitant to sell are finally pulling the trigger.

GlobeSt.com: What are we seeing from an inventory standpoint for apartment assets in Santa Monica right now?

Kimberly Stepp: Inventory levels have been increasing as owners who may have been on the fence about holding onto their asset are choosing to sell. There are three main reasons for this occurrence. First and foremost is they are concerned about the financial uncertainty of their assets due to the threat of the Costa Hawkins Repeal, which would remove limits on cities’ rent control policies. If Costa Hawkins is repealed, rent control could be placed on properties built after 1978 and vacancy decontrol might be in jeopardy. The second reason for the added inventory is the seismic retrofit requirements Los Angeles County has mandated. Owners who don’t want to make the financial investment to bring their property up to code are choosing to sell now as opposed to moving forward with the very expensive retrofit requirements by the City. The third reason is because of rising interest rates, which, while an indication of an improving economy, are negatively affecting purchasing power and yields.

GlobeSt.com: Where are cap rates heading?

Stepp: Cap rates have been creeping upward lately. This is because inventory levels are rising and due to the fact that interest rates are slowly rising, as I mentioned prior. Record low cap rates were being set about six months ago with 3 caps and in some cases sub 3s. Now they are hovering around 3.5 percent or higher in the majority of Santa Monica’s prime locations. Depending on location, property values are either remaining the same or softening up to 10 percent as compared to the high of six months ago.

GlobeSt.com: How are investors adding value to their assets?

Stepp: In addition to executing overall upgrades to drive the rents to market rates, negotiating buyouts with legacy tenants is the main play for many owners looking to add value. However, with the threat of vacancy decontrol from the potential Costa Hawkins repeal (under Costa Hawkins, cities don’t have a say in how much rent a landlord charges after a tenant moves out) owners are trying to increase rents at all costs including paying high buyouts, renovating properties and in some cases keeping units vacant until things are sorted out. With all the uncertainties, leaving a unit vacant while legalities get sorted out can provide an owner with more control over the long-term.