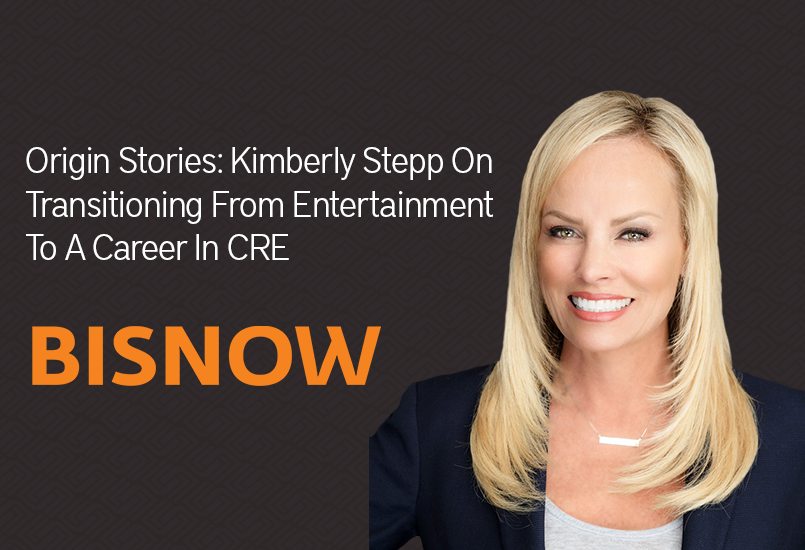 Kimberly Stepp is the principal and co-founder of Stepp Commercial, a multifamily brokerage firm. Her husband, Robert Stepp, is also co-founder. Stepp has worked in commercial real estate for over two decades, but prior to making a move into the field she planned for a career in entertainment.

Stepp received an associate degree from the American Academy of Dramatic Arts in New York and came to Los Angeles to pursue acting. Her background in entertainment prepared her for commercial real estate by giving her a high tolerance for rejection and familiarity with hard work, both of which helped her keep going during the earliest days of her career.

Bisnow: How did you get introduced to CRE?

Stepp: I grew up in South Florida and when I graduated from high school, I moved to New York City and attended the American Academy of Dramatic Arts and worked on Broadway. In 1994, I booked a TV game show in Istanbul.

I eventually ended up in Los Angeles in 1997 to continue my career in entertainment. I worked on multiple films and TV. That industry is tough and one day, I had an argument with my agent and decided to try my hand at real estate. I signed up to get my real estate license at Fred Sands School of Real Estate thinking I could use my entertainment connections to sell homes.

Right after I started, a woman there told me that I needed to reach out to Darrell Levonian at Charles Dunn Co. in Westwood. I left him several messages before he finally called me back for a meeting. I showed up in a lime green suit and I had zero knowledge of commercial real estate. I sold myself and somehow I got the job.

Bisnow: What was your first job in CRE?

Stepp: In my interview at Charles Dunn, I asked what the pay was and Darrell told me it was commission only. Captivated by the office and impressive building I was in, I took the job, studied for my license, and went through the firm’s training program. For income, I worked as a bartender at night, living off that money as well as some residuals from my previous career in entertainment. It wasn’t until a year and a half of hard work later that I made my first sale, a six-unit apartment building in Marina del Rey. I made 25% of the gross commission and was motivated to keep going.

Bisnow: What kind of education, certification or official training do you have in CRE?

Stepp: Now, I have a California broker’s license and attend real estate seminars and multifamily forums for continuing education regularly.

Bisnow: What is one skill you wish you had coming into CRE?

Stepp: I wish I had more knowledge of Excel so I could use it when underwriting my own deals.